For many, the last couple of years was a time of unprecedented change. Some found themselves encased in plastic as they worked the check-out lines, others suddenly found themselves working from home, and even some had their entire lives uprooted, such as the case with now-local artist Kelley Hudson.

For Kelley, or Kel as she likes to be called, the move would lead her on an unexpected journey as she fell in love with the Lilac City and, from that love, would create the first-ever Spokane Coloring Book.

Kel isn’t a stranger to the west coast, but she had been away for a while. Born in Southern California, she became a photographer and artist after receiving a formal fine art education with a BFA from the University of California – San Diego. Before the pandemic, she worked as a professional photographer in Copenhagen, Denmark, on a work visa.

“I did mostly content marketing and production for Scandinavian start-ups,” said Kel. “My favorite of them being a company called Life-X where I got to stage and photograph luxury apartment interiors.”

Kelley believes this job paved the way for the city-centered coloring book. “I think this is where my love for other people’s houses turned into an obsession,” she remarked.

It was undeniably a job she enjoyed, but sadly one that she would have to let go of. As uncertainty and fear racked the world during those first few months of COVID, the Scandinavian country she was residing in decided it wanted temporary residents out, and Kelly was forced to return to the United States again.

Friends and family she had once left behind were still as supportive as ever, providing comfort and suggestions on where the small family should relocate, with many encouraging the Hudsons to try Spokane.

“It was a tough journey. I’ve definitely had more fun,” said Kel. “But, looking back on it now, it was a necessary journey. If things hadn’t worked out exactly like they have, I obviously wouldn’t have taken steps towards making The Spokane Coloring Book.”

Exploring Her New Home in Spokane

Kelley began to explore her new hometown with a pen and paper in tow, taking in some of Spokane’s historical architectural wonders and recreating them into canvas masterpieces.

“Most of the book is me falling in love with a building and just having to draw it,” said Kel, who shared that what’s stood out to her the most about Spokane since her move is the various types of architecture found in the city.

“I feel that a lot of the charm of Spokane is the older homes and buildings, especially in areas like Browne’s Addition where you can find art deco features,” she says. “I’ve only ever seen in places like San Francisco.”

With a love of drawing older homes and buildings, it was easy for the artist to get lost in the streets of her new home with just some paper and ink. Eventually, this would lead to a discussion about a city coloring book featuring Spokane.

Life as a professional photographer tends to require a lot of movement, which is how Kel found herself on a flight to San Diego in August of 2021, shortly after moving to Spokane. Despite her frequent travels, Kelley, like an estimated 40% of all people, experiences anxiety when flying. She found this particular trip t be a little more terrifying than usual because it was her first flight since returning home to the states.

To calm her nerves, Kel was already turning to something she knew, her pen and paper.

“When I feel anxiety like that, I draw,” she said. “I’ll go somewhere quiet and just do a little quick pencil drawing and then I can take a black micron pen and draw over the pencil lines in this nice soothing way akin to raking lines in a rock garden — very zen.”

During this ink-calming process on the plane, the gentleman seated in front of Kelley noticed the drawing she was working on of the Monroe Street Bridge.

“He spent the entire plane ride trying to convince me I needed to make a Spokane coloring book,” said Kel. “If you are reading this, guy on a plane to San Diego, you changed my life. Thank you.”

Creation of the Spokane Coloring Book

Once Kel stepped off the plane that day, she couldn’t get the stranger’s words out of her head. Thinking that her new city of Spokane just might indeed need its own coloring book, she decided not to paint the picture she had been working on during the plane ride and instead took a photo of it.

“I put it in this small Facebook group I joined called ‘I love Spokane because…‘ and asked those members if I should make a Spokane coloring book,” shared Kel.

To her surprise, she was met with a resounding yes, and by the end of the afternoon, people were already offering to buy the book. There were dozens of messages in support, even offers to help with its creation. So, Kel knew precisely what she had to do, and with only five pages drawn, she received a SAGA grant and sponsorships from Choas Arcade, Avista, and The General Store, all eager to help in the creation of The Spokane Coloring Book.

Things took off quickly from that initial Facebook post. “At no point from that post did I think it wouldn’t happen,” shared Kel. “Spokane has fully and magically supported this project from day one.”

The task would turn into 14 months of drawing all the coloring book pages, doing research for the index, and designing and painting a cover. After asking the Spokane online community for suggestions of what to draw, Kel had a list of places to work. Wanting the coloring book to reflect her journey and exploration of Spokane, she showcased all seasons throughout the book. The project was long but much more manageable than Kelley imagined.

The most considerable obstacle was the cost. New to self-publishing, Kel was shocked to find the process was fairly straightforward, but there was a cost to doing the layout, purchasing an ISBN, barcode, and printing. It was all adding up quickly, but luckily, she already had the support of the community behind her.

“Finding the people to help me do the work was extremely easy,” shared Kel. “We have a lot of talented and hard-working people here in Spokane.”

Through the help of community members, Kelley received free advertising, something she says has been extremely helpful and encouraging. “Sitting down and working with the community to bring the hardships of funding together with organizations that want to fund has been fantastic,” reported Kel.

Wanting to keep the book strictly in Spokane for the community to truly cherish it as its own, Kel believed any profit should be kept locally. So, instead of selling the book somewhere like Amazon or Etsy, she partnered with five locally owned businesses to sell the books. She also went with a local publishing company Gray Dog Publishing. All art supplies to create the book were similarly purchased from locally owned Spokane Art Supply.

After months of hard work, the coloring book went up for pre-order sale on October 1. Kel had the privilege of receiving the first copy on October 7, and so far, she’s printed and sold about 500 copies.

As of now, the books can be purchased at Auntie’s Bookstore, Wishing Tree, Garland Mercantile, Indaba Coffee, and the Northwest Museum of Art and Culture. They can also be bought on the Spokane Coloring Book’s website.

Much to Kel’s surprise, demand has been relentless since the book’s release. “I sell the books, and as soon as I think ‘that’ll be it, no one will want any more,’ I get calls for more books,” beamed Kelley as she shared how hugely uplifting and life-saving the turn of events have been for her.

“I felt like I couldn’t get any lower, and this city lifted me up,” she shared. “I will be eternally grateful to every Spokanite that has supported this project. You are supporting me, and I am humbled.” 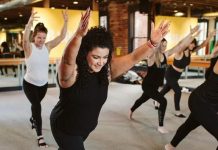