Our Spokane community has seen many buildings come and go since it was founded in 1873, just like any other city. Spokane also had its fair share of hardships that contributed to these changes. The Great Fire on August 4, 1889, destroyed 32 blocks of the downtown commercial district. The devastation the inferno caused led to a rebuilding boom between 1890 to 1915, as the railroads rolled through town.

However, like all good things that eventually come to an end, Spokane ultimately experienced some stagnation in growth between 1915 until 1960. Thankfully revitalization efforts began in the 1960s, and Spokane grew into the beautiful city we see today, with many historic buildings still intact showcasing how far we’ve come as a community.

Today it’s known as the Steam Plant Brewery Kitchen, but when it first opened in 1916, it was just known as the Central Steam Heat Plant here in Spokane. For 70 years, it provided heat for many of Spokane’s downtown buildings. It remained operational until 1986, after it became clear that it was no longer economically feasible to supply steam heat throughout downtown. The building gathered dust for the next ten years, until the summer of 1996, when Washington Water Plant formed the Steam Plant Square, LLC.

With this formation, WWP assembled a bold visionary team tasked with bringing the building back to life full of people and commerce. They decided not to gut the building, saving as much of the original machinery as possible. They managed to turn the four massive steam boilers into restaurant seating along with a waterfall/ wishing well. One of the stacks was then turned into a visitor attraction, while the other stack now houses a conference room. The renovations were so breathtaking that in 2001 the Steam Plant Square was the first historic building in Spokane to receive the prestigious National Preservation Honor Award.

Built in 1895, the Spokane Flour Mill was only one in a series of mills built along the north side of the falls after The Great Fire. However, it wasn’t until 1900 that the mill opened because the property became part of the most complex international lawsuit and one of the longest fought battles in the city’s legal history.

Once the doors were opened, it regularly worked until 1972, but this was not the end. In 1973 the mill was converted into a shopping center in preparation for the World’s Fair Spokane hosted for the first time in 1974. To this day, it still contains many interesting little shops and is a testament to the industrial origins of Spokane.

A building entertaining the community since its opening in November of 1945 is The Garland Theater. Crowds lined up around the block that day to see either “It’s a Pleasure” or “Double Exposure.” Reports coming in from the Spokane Daily Chronicle proclaimed that the theater was nothing less than state-of-the-art, “modern in every detail.” For years they maintained this image, introducing a new widescreen in 1954 and new seating that cost $20,000.

The theater changed hands several times over the years until it was eventually closed in 1986 after struggling to compete with the new Cineplexes that had come to dominate the marketplace. Doors didn’t stay closed long, though, as Don Clifton bought the theater in late 1988, converting it to the discount theater that we still love today. Although these days, it’s complete with a trendy new cocktail bar so patrons can enjoy a drink before the entertainment begins.

“One of the finest examples of novelty architecture in Spokane,” according to the National Register of Historic Places, is the Cambern Dutch Shop Windmill. The historic building made the list of National Historic Places in the 1980s. Originally, the delightful windmill on Perry Street was one of nine total built in the 1920s by architect Charles Wood.

Today, only three windmills remain in the city, with the one on Perry Street being the best-preserved. They were designed to be retail shops and visual advertisements for the Cambern Brothers bakery and dairy line of “Dutch Main” products. From their start in 1924 until the business’s failure during the Great Depression, they sold dairy products, baked goods, and approximately 150 varieties of pastries. The other six buildings were soon torn down by 1943, leaving only the one on Perry Street that is now home to a natural foods store, the one on West First Avenue being converted into a private residence, and the one on East Appleway in the valley operating as a beauty shop.

All these historic buildings and more are open to the public for all to enjoy. Just stepping into any of them is like traveling back in time to Spokane’s remarkable past, showcasing just how far this city had come since its humble beginnings in 1873.

As time goes on, surely more buildings will be added to the National Register of Historic Places, leaving even more spots for future generations to explore and learn from. For now, though, there’s still plenty in town to keep us occupied. 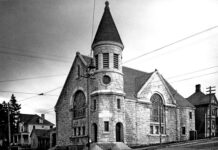 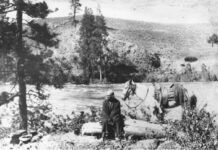 A Man of Peace: The Life of Spokane Garry 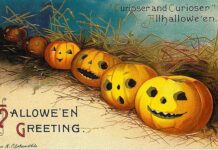 Trick or Treat? Halloween in Spokane Grows From a Night of Mischief to a Family Holiday