Home Activities 9 Things to Do in Spokane 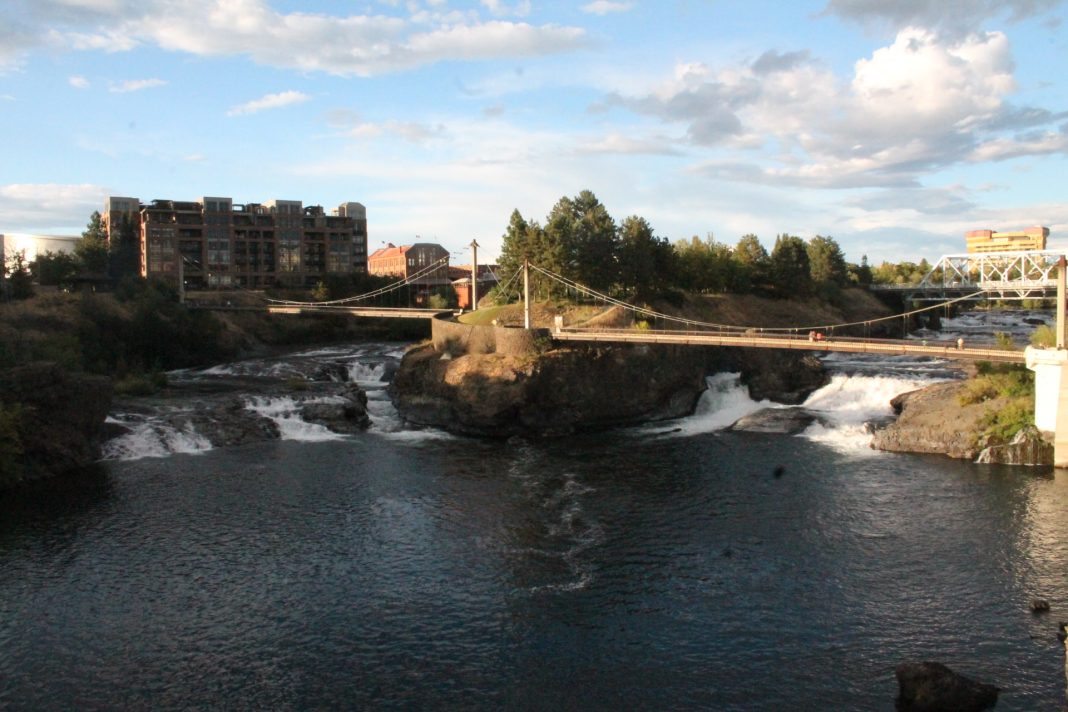 As Washington State’s second largest city, Spokane is filled with things to do and places to go. From exploring the city’s green spaces like Riverfront Park or Manito Park, to visiting a local museum, to catching a concert at one of the city’s music venues. Read on for nine awesome things to do in Spokane.

The Centennial Trail stretches nearly 40 miles between Nine Mile Falls, Washington and the Washington/Idaho border. The paved path follows the Spokane River for most of that distance, and it is frequented by everyone from walkers to Lime scooter users. From the state line, the North Idaho Centennial Trail continues another 20-some miles all the way to Coeur d’Alene.

You can begin an approximately five-mile round trip through the heart of Spokane by parking at Mission Park near Gonzaga University’s campus and heading west toward downtown. The path will take you through the University District, past the Spokane Convention Center, along Riverfront Park, and to a great view of Spokane Falls from Huntington Park.

On the way back to your parking spot, you can do some shopping at nearby River Park Square, explore more of Riverfront Park, and return along the other side of the Spokane River.

Spend an Afternoon at Manito Park

Whether the leaves are changing colors in fall or the flowers are beginning to bloom in spring, a trip to Manito Park is always time well spent. Located in Spokane’s South Hill neighborhood, this public park is a local favorite with nearly 100 acres of greenery to appreciate. Its top attractions include five gardens, a pond teeming with water fowl, two playgrounds and the Gaiser Conservatory.

The view overlooking Duncan Garden’s annuals is a popular photo spot in June, along with the award-winning Rose Hill. For a quieter, contemplative stroll, spend some time in the Nishinomiya Tsutakawa Japanese Garden at the west end of the park.

To refuel after some walking, head to the nearby Rockwood Bakery for pastries and coffee. And, over the summer, the Park Bench Café near the perennial garden sells coffee and light fare.

Northwest of downtown lies Spokane’s small college basketball powerhouse, Gonzaga University. On the west end of campus, you can get your photo with Spike the Bulldog in front of the Kennel at McCarthey Athletic Center.

But GU isn’t just a basketball school. Across from McCarthey is GU’s Hemmingson Center that was completed in 2015. The student center has a Starbucks, Wolfgang Puck pizza and small convenience store, if you need a break from the heat or cold, depending on the season.

The school is also home to the Myrtle Woldson Performing Arts Center. In addition to student music, dance and theatre performances, the school plans to host national artists and companies. Apart from show times, visitors can head to the second floor Monday through Friday from 8:00 a.m. – 5:00 p.m. to see an exhibit celebrating the life and work of the late Myrtle Woldson, the Performing Arts Center’s benefactor.

Other Gonzaga campus landmarks include the school’s original administration building from 1898, College Hall and the Jundt Art Museum, which is home to a massive Dale Chihuly chandelier that glows red at night.

While in town, you might try to get ahold of the hottest ticket in town: a seat at a Gonzaga men’s basketball game. Tickets are pricey and hard to come by, but the women’s team is just as fun to watch and the atmosphere is equally electric. If you happen to be in town in early October, the men’s team’s exhibition Kraziness in the Kennel is free and open to the public, and the women’s counterpart FanFest is normally the following weekend.

Outside of Gonzaga basketball season, there aren’t many better ways to spend a spring afternoon than to catch a soccer match at Luger Field or a game at Patterson Baseball Complex.

Spokane is also home to the Spokane Indians, a minor league baseball team, and the Spokane Chiefs, a junior ice hockey team. The Indians play from mid-June through the beginning of September at Avista Stadium, and the Chiefs are in-season at the Spokane Arena from the end of September through mid-March.

Drive out to Green Bluff

If you’re looking to get out of the city for a spell, head for the consortium of small farms 30 minutes north of downtown known as Green Bluff. Each season brings a new reason to make the drive to Green Bluff: taste apples prepared in every way imaginable in the early fall, pick out a pumpkin for carving in October, cut down your own Christmas Tree over the holidays, find your way back for flowers in the spring, and pick up cherries and strawberries come summer. Other businesses among the Green Bluff Growers include potters, hard cider and beer breweries, wineries, and herb farms.

With eight music venues ranging from the intimate, standing-room only The Bartlett to the Spokane Arena, there’s likely a show to see every night of the week in Spokane.

The arena brings some of the biggest names in music to town — singer Khalid and country star Luke Combs, for example. The Knitting Factory also hosts tour stops for major and emerging artists, like rapper Da Baby.

Two of Spokane’s other larger venues are the Martin Woldson Theater at The Fox and the First Interstate Center for the Arts. Besides being the home of the Spokane Symphony, The Fox hosts acts ranging from rock bands and folk artists to comedians and ballet companies. Similarly, First Interstate Center brings in a variety of performances, but has a greater focus on theater.

The mid-sized counterpart of the First Interstate Center and The Fox, The Bing Crosby Theater, was originally opened as a movie theater in 1914 and renamed after the “White Christmas” singer in 2006. Today, the Bing brings in an array of classical music and dance acts, as well as events put on by local organizations, like Spokane Public Radio and The Spokesman-Review.

Spokane also has three unique, mid-sized venues that host local and touring acts. The Big Dipper, The Bartlett and The Pin are all located downtown and have full-service bars. Additionally, most shows are open to all ages unless noted, but do keep in mind that there is limited seating at these venues.

About 20 minutes northwest of downtown Spokane, the Bowl and Pitcher area is one Riverside State Park’s most popular spots for an easy-going hike. To use the parking lot, you’ll either need to purchase a $10 day-use Discover Pass or a $30 yearlong pass that is good for all Washington State Parks, Department of Natural Resources lands and Department of Fish and Wildlife trailheads.

The 1.75-mile loop trail from the parking lot will take you across a suspension bridge over the Spokane River, past rock formations and by the rapids at the Devil’s Toenail. Plus, there are expansive views of the river the whole route.

Check out a Museum

The Northwest Museum of Arts and Culture, or the MAC, is a Smithsonian affiliate and sees more than 100,000 visitors a year. West of downtown in the historic Browne’s Addition neighborhood, the MAC boasts the world’s largest collection of Plateau Indian art and artifacts in addition to other artifacts from around the world. Also be sure to make time to tour the historic Campbell House for an idea of what life was like in Spokane in the early 1900s.

Although the MAC does have some activities for kids, head back to River Park Square for some time at Mobius Children’s Museum or Science Center. The children’s museum has activities for kids at younger ages, like model trains and bubble stations. The science center puts a fun spin on learning with exhibits like Moneyville for learning finances and problem solving.

Downtown Spokane is also home to the luxurious Davenport Hotel chain, and it’s worth walking a few blocks to get a look inside for the individual flare of each one.

The original hotel, the historic Davenport on Post Street, opened in 1914 as a modern marvel as the first hotel with air conditioning, according to HistoryLink.org. After closing in 1985, the hotel was renovated and reopened in 2002 with its woodwork, marble and frescoes restored. The hotel is also known for its weekend brunches and the Peacock Lounge.

Just down the block, the Davenport Tower is a more modern take on luxury. Its ground floor is safari themed, and the lobby bar and grill is a classy place to grab a drink in the evening.

A little farther toward River Park Square, the Davenport Lusso offers a quieter, boutique hotel experience. Additionally, the hotel restaurant, Post Street Ale House, is great spot for a beer and a burger.

Finally, across from Riverfront Park, the Davenport Grand is perhaps the simplest of the four hotels in terms of décor and theme. But the Grand is attached the Spokane Convention Center and First Interstate Center via skybridge, and it has an outdoor terrace bar that is open from late spring through early fall. 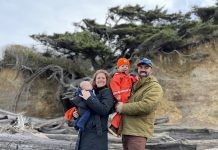