Time and time again, life has proven to us all that small acts of kindness can go a long way. Something as simple as a smile to someone who looks blue, choosing kind words to the cashier dealing with the long line, or even just holding a door open for an elderly couple can brighten the lives of those we encounter. For one Spokanite, his small acts of kindness have left a significant impact on our community and a trail of helped houseless in its wake, all thanks to Donovan Tyee Smith and his Hydrofarm for the Homeless. 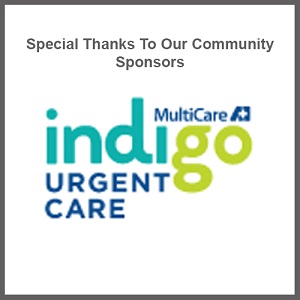 At the age of eight, Donovan and his family fell on hard times after his single mother lost her job and their apartment. They ended up living in a homeless shelter in New Mexico for six months as a result. While all this was happening to his family, Donovan decided he wanted to find a way to help others in a similar situation. He came up with an idea to make and sell soaps at the age of ten and use the money he made from his company, Toil and Trouble, to help others. Fifty percent of his sales went to the Supportive Housing Coalition of New Mexico — an organization that had helped his family get back on their feet. From there, things skyrocketed for young Donovan.

Owning his own bath product company and donating to organizations fighting homelessness thrust Donovan into the news. Word spread about his efforts to help others after an article featuring him was published by the Huffington Post. Awards and recognitions followed from other sources, landing him a spot on the Queen Latifah Show and Russell Simmons giving him the title of “Socialpreneur” for his charitable business practice. He even received letters from then-President Obama and his wife Michelle, praising him for his work and writing, “I hope you take pride in all you have accomplished.”

These days Donovan has shifted his focus from making soaps to focusing on his Hydrofarm for the Homeless in the Spokane community while also starting college. With all his prior donations of soaps for the homeless, he kept noticing the need for food at the shelters, so he turned his attention to this project. Around that time, Donovan had also taken on gardening as a hobby. He started researching hydroponics, and before his family knew it, their living room was a hydroponic garden.

Donovan is currently growing everything he needs for the sole purpose of making fresh salads that are then donated to the homeless around Spokane. Currently, his indoor garden consists of tomatoes, cucumbers, strawberries, green beans, spinach, and 180 heads of lettuce. He documents a lot of the growth on his Facebook page and various other social media platforms and uses these networks as a stage to encourage others to lend a helping hand.

With all the growing inside Donovan’s apartment, he has now outgrown their living room. It’s gotten to the point where if he plugs in any more hydroponic pumps, the power in their apartment shuts off. As a result, he has set up a GoFundMe for his mission, with proceeds going to more space, equipment, and seeds.

When asking Donovan about what others can do to help with his cause, he didn’t miss a beat. “Anyone can do hydroponics,” he said. “You just got to have the equipment to get started.” He went on to talk about how everyday households could use a hydroponic system to feed their own families, even if they didn’t use them to donate in the same way he did. His hope, of course, is that they would. After all, his motto is “do what you can,” and he is doing what he can every day to help those in need.

Donovan also wants everyone to know that “Things will get better,” offering advice to anyone currently struggling. He spoke about how he’s not the only person out there trying to help and make a difference in our community, mentioning others in our area he has worked with in the past.

As for Donovan’s plans for the future, he hasn’t picked a major yet at school but that he will continue to “do what he can” to fight homelessness and help those in need.